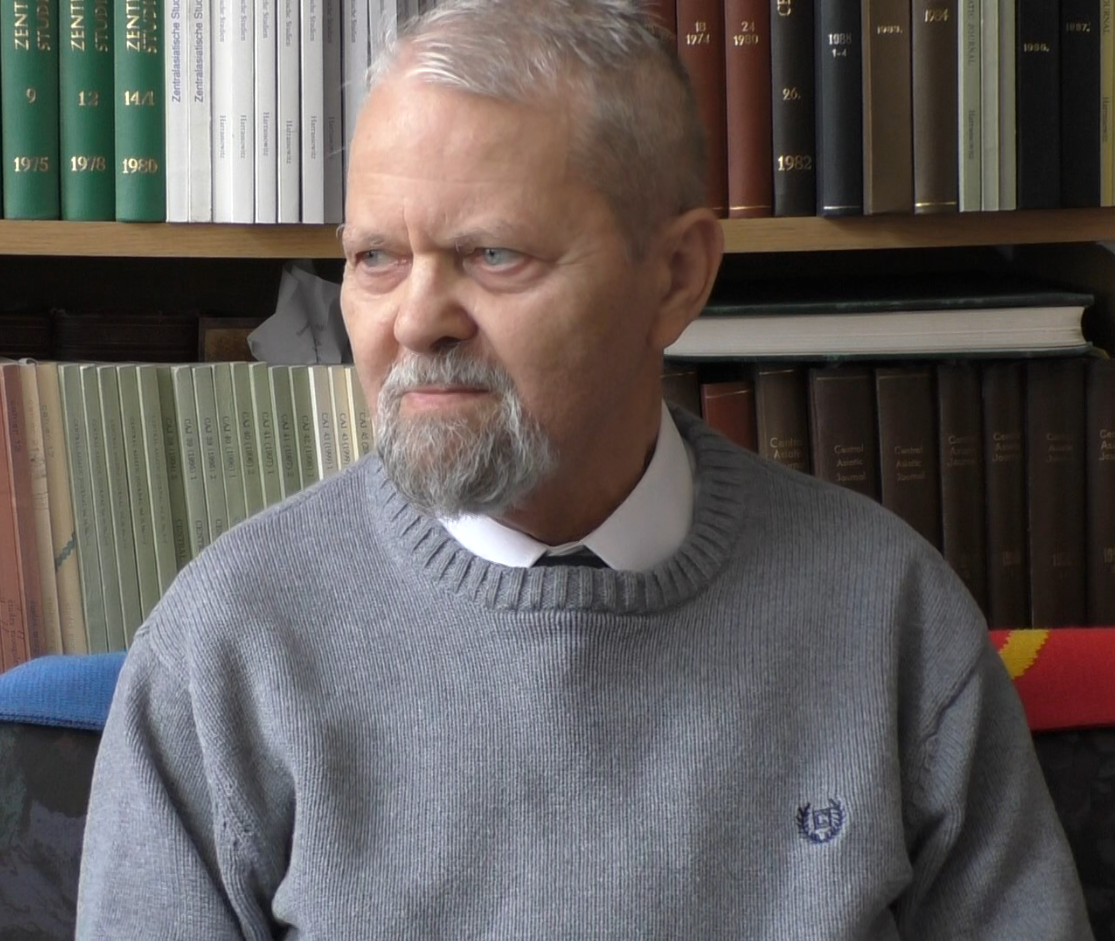 It is with deep sadness and regret we wish to inform you of the passing of our beloved professor, friend and colleague Kara György on 16 April 2022. This website was created by the Department of Mongolian and Inner Asian Studies at Eötvös Loránd University to preserve his memory and let his friends, colleagues and admirers share their condolence and reminiscence.

If you wish to express your condolence or share a reminiscence with us, please use the on-line form on the Memory wall page or send an e-mail to in-memoriam-kara@innerasia.hu!

The memories that have been already published are available on the Memory wall page.

A leading authority of Hungarian and international oriental research, especially of Inner Asian philology and Altaic studies, György Kara was one of the most knowledgeable students of Lajos Ligeti (1902–1987), founder of the Inner Asian Department, which he headed as Ligeti’s successor. His broad knowledge and command of diverse languages (he knew a multitude of living and dead Inner Asian tongues at high level) deserved the acknowledgement and admiration of his colleagues and students. He taught and researched using the text philological method of Ligeti, placing great emphasis on data from the vernacular Mongolian too, which he had collected during his early field research (his first longer field trip in Mongolia took place in 1957 with Katalin Kőhalmi and András Róna Tas). He was first of all a Mongolist, but he also published important writings in research areas related to Tibetan studies, Old Uyghur linguistic research and Sinology.

After the completion of his studies at the Inner Asian Department in 1958, his career path ascended quickly: with his works much cited to this day he attained one scholarly degree after the other. His candidate’s dissertation became a basic work in Mongolian dialectal folklore: Chants d’un barde mongol (Bibliotheca Orientalis Hungarica XII. Budapest, Akadémiai Kiadó 1970). His doctoral dissertation is an exemplary work in methodology and contents even beyond international Mongolian studies in elaborating written sources and analysing them from diverse viewpoints. Also, a basic work of any field of Mongolian studies, originally it was written in Russian and published in 1972 (Книги монгольских кочевников), its English version appeared in 2005 (Books of the Mongolian Nomads. More than Eight Centuries of Writing Mongolian. Bloomington, Indiana University Bloomington, Research Institute for Inner Asian Studies 2005). The list of his publications can be seen online in the Publications section of the present website, in the Hungarian Scientific Bibliography, and in volumes of studies published in honour of him.

He taught a lot, designing courses on the most diverse themes, often adjusted to the interest of the students. He was appointed professor of ELTE university in 1978 and of Indiana University, Bloomington, in 1992. He had taught at the latter from the mid-eighties, living – as he said – a “nomad’s” double life. He led the Inner Asian Department for three decades, seeing multitudes of Hungarian and foreign students start and complete their studies. He was helpful to the utmost. Our joint work was not cut off by his taking up the professorship in Indiana University. As professor emeritus he continued to supervise dissertations, act as critic and advisor.

His achievements were acknowledged with several awards and decorations, including one of the highest Mongolian prizes, the Order of the Polar Star. Thanks to the German Alexander von Humboldt Forschungspreis he could spend several months in Berlin and study the Old Uyghur and Tibetan manuscripts of the Turfan-Sammlung.

His unique personality owed to his idiosyncratic style, wry humour, and sharp critical sense. As a former student of his, striking a more personal tone, I would like to recall a few things from the time spent with him. He was particularly fastidious about the purity of the Hungarian language; he almost always warned his conversing partner when some foreign word was used. He always picked his words very carefully and used allusions to understand which you often had to have broad knowledge.

Our currently ongoing joint work was the volume being prepared for the 120th anniversary of his master Lajos Ligeti’s birth and the organization and preparation of the conferences planned for the autumn, to which he contributed valuable science and university historical data.